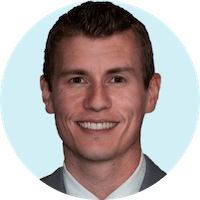 Daniel Sly is a bilingual psychiatric mental health nurse practitioner. Before becoming a clinician he received his Bachelor of Arts in Spanish at Utah Tech where he graduated first in his class. He worked as a Spanish medical interpreter, and later, after getting his nursing degree from the same university, as an inpatient psychiatric registered nurse where he gained experience with serious mental illness. He attended the nation’s top PMHNP program in 2022, Vanderbilt University School of Nursing, where he graduated with a 4.0. As a clinician he is fully dedicated to making a difference in patients’ lives and believes that connection with self, God, and others is a strong force for mental wellness, and that medications can play an important role in the holistic healing of the mind, body, and spirit. He specializes in treating anxiety, depression, bipolar disorder, addiction, and OCD. In his spare time he enjoys lifting, climbing, playing guitar and piano, home DIY projects, gaming with his 5 sons, and spending time with his family.

Connection with God and others is the ultimate goal, outcome, and antidote. - Unknown