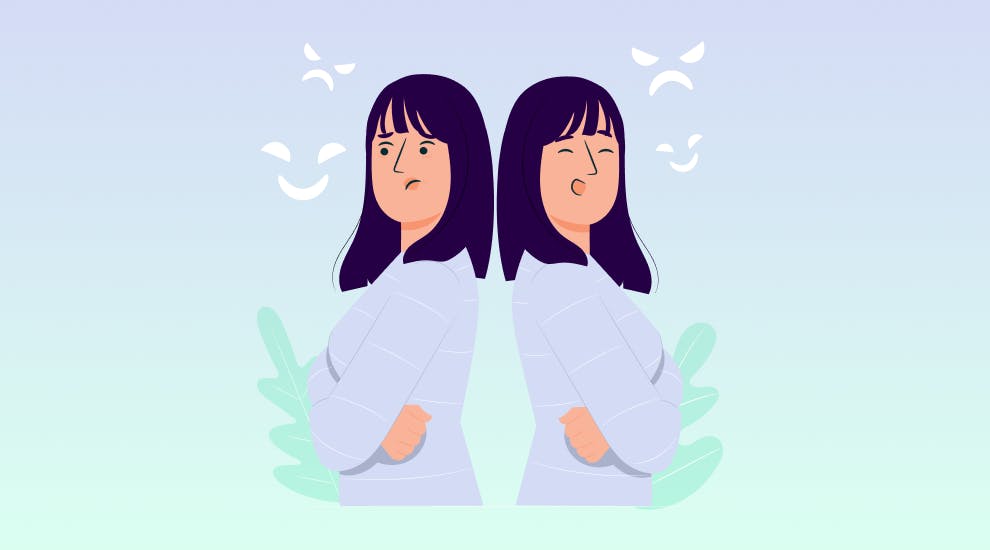 What is bipolar disorder?

Bipolar disorder, also known as manic depression, is a mental illness. It’s characterized by extreme fluctuations in mood that come in episodes. Most people can experience mood swings from time to time, but the episodes in bipolar disorder are typically more severe.

These fluctuations in mood alternate between the “highs” of mania and the “lows” of depression.

The manic and depressive episodes in bipolar disorder can last from days to weeks. But, more severe episodes can last months. The duration of these episodes can vary from person to person.

Bipolar disorder can be extremely disruptive to someone’s life. Undiagnosed, untreated, or poorly managed bipolar disorder can impact work and school performance, family relationships, and many other important facets of daily living.

Patients suffering from bipolar disorder also have the highest rate of suicide among psychiatric conditions, with a rate 10-30x higher than in the general population.

If you have bipolar disorder, it’s important to start getting treatment as soon as possible, and to stay engaged with your treatment after you do start.

The signs and symptoms of bipolar disorder can vary from person to person. Since bipolar can include both mania and depression, it’s good to know the symptoms of each.

Symptoms of a manic episode

The most common symptoms of mania include:

Symptoms of a major depressive episode

The most common symptoms of a major depressive episode include:

What other mental health conditions is bipolar associated with?

The most common conditions that bipolar is associated with include:

Who is at risk of bipolar disorder?

There are several risk factors for people who have bipolar disorder.

Any of the below risk factors could make you more likely to have bipolar:

Bipolar disorder occurs at similar rates in men and women. However, there are some differences in symptom presentation and diagnosis.

Fortunately, Cerebral’s online prescribers can diagnose bipolar 1 and 2 and provide proper medication for treatment. Cerebral’s trained talk therapists and care counselors can also provide cognitive behavioral interventions. That means, with Cerebral, you can get both forms of treatment from one place, even without having to leave home.

An important part of treatment for bipolar disorder that Cerebral also emphasizes involves prescription compliance and creating a stable daily routine. This includes tips and strategies for managing health habits like diet, exercise, and sleep. Medication compliance is extremely important with bipolar disorder. If you’re prescribed medication, make sure you stay on track and communicate with your Cerebral care team if you have any issues or questions.

We know that finding bipolar treatment isn’t always easy or affordable. Cerebral is here to make getting help affordable and convenient. If you’re interested in online treatment for bipolar disorder, start your free emotional assessment today.