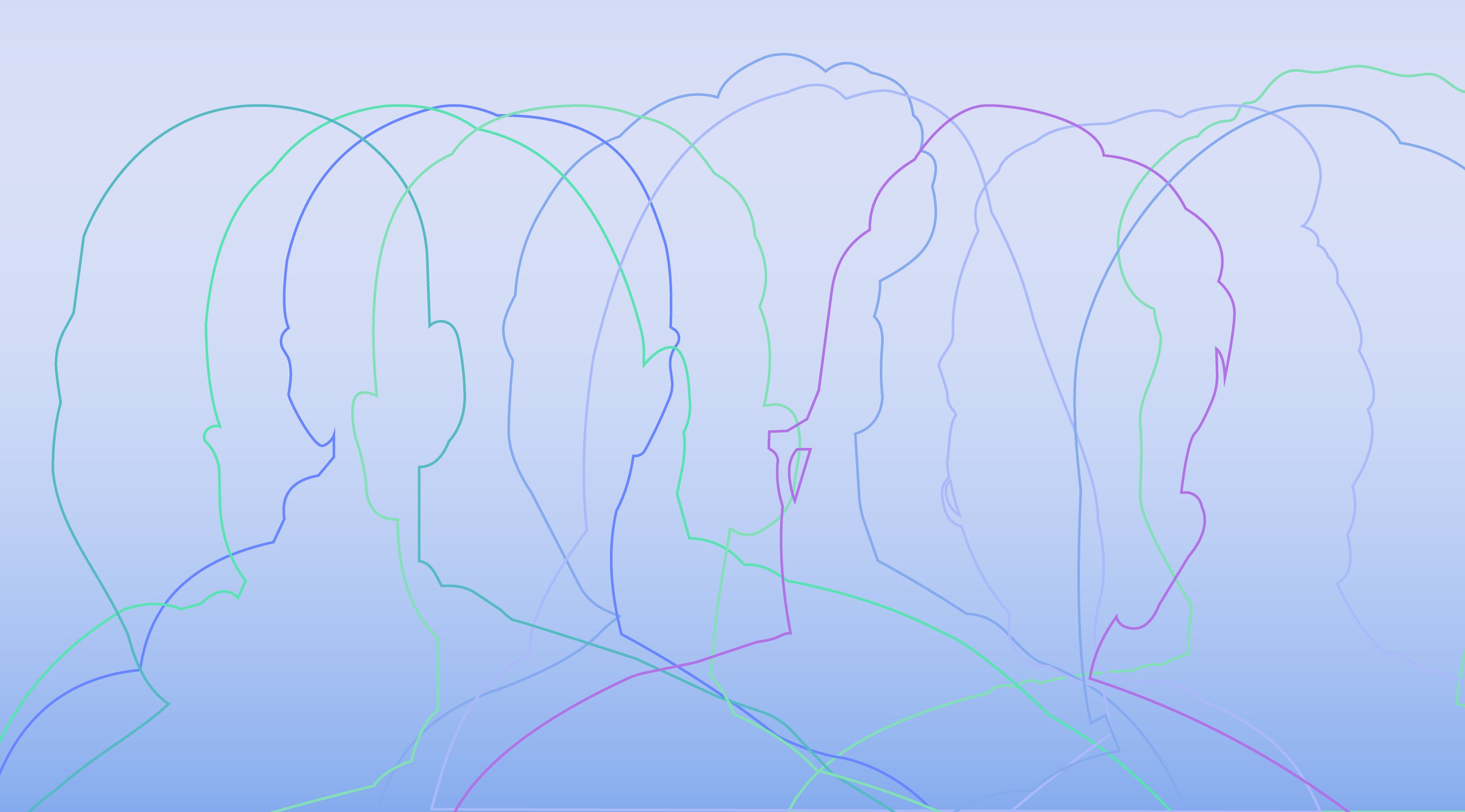 It’s common for people to hide their mental health struggles. Feeling shame around seeking help can probably be blamed on generations of stigma around mental health.

But celebrities and athletes who share their own stories about mental health help to reduce that stigma. Take tennis legend Naomi Osaka, who recently made headlines for pulling out of the French Open for mental health reasons. When she didn’t attend a press conference after her first match, she was fined $15,000. Still, she decided to do what was right for her.

Osaka was open about her struggles with depression and anxiety after relentless scrutiny and criticism from the media. The bold move added fuel to the conversation surrounding mental health, and fellow athletes have applauded Osaka for her openness.

Osaka set an amazing example by prioritizing her mental health, and stories like hers help reduce the stigma surrounding it. Here are 9 other celebrities and athletes who have also been open about their experiences.

Fellow tennis legend Serena Williams reached out in support of Osaka’s decision, and has been vocal about her own mental health struggles during her decades-long career. In her autobiography, Williams describes how depression kept her sidelined for half of 2006. In 2019, she opened up about seeing a therapist after her outburst at the US Open overshadowed Osaka’s win.

She’s also been candid about her experience with postpartum depression after she had her child in 2017. In a 2018 Vogue cover interview, Williams said:

“No one talks about the low moments—the pressure you feel, the incredible letdown every time you hear the baby cry. I’ve broken down, I don’t know how many times. Or I’ll get angry about the crying, then sad about being angry, and then guilty, like, Why do I feel so sad when I have a beautiful baby? The emotions are insane.”

Dwayne ‘The Rock’ Johnson is known for playing invincible heroes, so it’s hard to imagine him as someone who can be as vulnerable as the rest of us. In 2018, he opened up about his experiences with depression, which began after he witnessed his mother attempt to commit suicide by walking into oncoming traffic. Thankfully, both he and his mother overcame these experiences, and Johnson remains a huge advocate for mental health treatment:

“I reached a point where I didn't want to do a thing or go anywhere. I was crying constantly. [My mother and I] both healed but we've always got to do our best to pay attention when other people are in pain. We have to help them through it and remind them they are not alone.”

Kristen Bell has used her platform to become a passionate mental health advocate. The Frozen star (and voice of Gossip Girl) has been living with depression and anxiety since she was 18. Earlier this year, she opened up about how the pandemic affected her mental health, and said she found herself in a “mental zone that wasn’t healthy for my family to be around.”

In a video for Child Mind Institute from 2018, Bell shared some wise words on mental health:

“Don't be fooled by this game of perfection that humans play. Because Instagram and magazines and TV shows, they strive for a certain aesthetic, and everything looks so beautiful, and people seem like they don't have any problems, but everyone's human. Everyone has problems. Everyone feels yucky on the inside sometimes.”

Jonathan Van Ness is part of the ‘Fab Five’ that makes up the cast of Queer Eye, a show about transforming the lives of struggling people. On the show, Van Ness is famously charismatic and bubbly, but that doesn’t mean he hasn’t experienced his own fair share of mental health struggles.

As a passionate mental health advocate, Van Ness has opened up about his experiences with addiction, depression, and compounded trauma, as well as navigating being HIV-positive. In his memoir Over the Top, Van Ness describes the messy process of healing:

“It wasn’t until I had lost everything I thought I wanted that I realized being an adult wasn’t about being ‘normal,’ or having a life that seems enviable to people from the outside. Being a fulfilled and successful adult has required accepting that I do have an inner child who was hurt and traumatized. It’s my job as an adult to nurture him, alongside all the other parts of me that make me who I am.”

Also of Queer Eye fame, Karamo Brown sits down with each Queer Eye contestant and gives them an outlet for processing their emotions, many of them for the first time. As a licensed psychotherapist and social worker, he’s an outspoken advocate for mental health, and has the tools to discuss the issues surrounding the community.

In Stop the Stigma, a CBS This Morning special, Brown opened up about his struggles with accepting his sexuality, particularly as a Black man, and assuming that mental health was a “rich white person” problem. In the special, Brown said:

“So for me, I wake up in the morning and I say, 'Today, I plan on being happy.' If there's things happening where I don't see myself being happy, I try to find support from other people or I try to figure out what I can do within myself, what education I can get. And I think that's important because when we talk about our emotions, we think of them as this ambiguous thing that's happening. Or I want a good year, as if like every day doesn't happen that changes that.”

Taraji P. Henson is a Golden Globe award winner for her role as Cookie Lyons in Empire and a SAG Award winner for her role in Hidden Figures. After she struggled to find a Black therapist to help herself and her family, Henson decided to do something about it and launched the Boris Lawrence Henson Foundation to bridge the gap. The foundation is named after her father, a Vietnam war veteran who struggled with his mental health throughout his lifetime.

The foundation aims to bring much-needed mental health support to urban schools, reduce the recidivism rate in prisons, and increase the number of Black therapists in the field. In her Facebook Live show, Henson has said:

“When we initially launched the Boris Henson Foundation, our goal was to make the conversation around mental health normal. And if we do that, we can start to pick away at the stigma. We can talk about every illness that we have, colon cancer, or getting myectomies, but when it comes to our mental health, it’s taboo. [As] a mother, I can’t stand by and normalize that.”

Dan Levy is one of the creative geniuses behind Schitt’s Creek, which swept the Emmy Awards in 2019. In Schitt’s Creek, Levy plays David, a neurotic, pansexual man who is known for his particular taste. Part of the character’s personality includes his anxiety, which is sensitively played by Levy.

In real life, Levy has lived with debilitating anxiety since childhood. His anxiety physically manifested as ‘iritis’, an eye inflammation that doctors feared would eventually take his vision. While filming Schitt’s Creek, Levy’s anxiety got so paralyzing that his neck would physically seize up. On living with anxiety, Levy has said:

“I think that came from a deep-rooted fear of knowing that I was gay and not being able to be free. By the time I got to high school, when your brain is starting to catch up to your physical impulses, it led to a very confusing time. Because on the one hand, you are now being introduced to things like self-awareness and anxiety. At the same time, you're becoming more and more savvy when it comes to hiding it.”

Kevin Love is a five-time All-Star award winner and NBA champion playing for the Cleveland Cavaliers. In 2018, Love opened up about a panic attack he experienced during halftime against the Atlanta Hawks. At the time, Love couldn’t identify what was wrong, but felt as if he was going to die. He learned later that anxiety had been deeply affecting him for nearly his entire life.

After seeing a therapist and getting treatment, Love became a passionate advocate for mental health:

“Mental health isn’t just an athlete thing. What you do for a living doesn’t have to define who you are. This is an everyone thing. No matter what our circumstances, we’re all carrying around things that hurt — and they can hurt us if we keep them buried inside. Not talking about our inner lives robs us of really getting to know ourselves and robs us of the chance to reach out to others in need.

So if you’re reading this and you’re having a hard time, no matter how big or small it seems to you, I want to remind you that you’re not weird or different for sharing what you’re going through.”

These celebrities and athletes are only a tiny fraction of the millions of people who are living with a mental health condition. If you’re struggling with your mental health, you are far from alone. The mental health community is becoming stronger every day, and Cerebral wants to welcome you into it.

As the stigma around mental health keeps improving, Cerebral aims to make mental health care accessible for everyone. We make it easy for you to start your journey by completing a free, short emotional assessment.