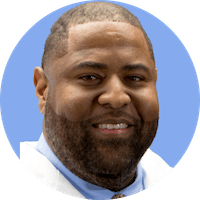 William Dwight was born in Tifton, Ga and was a graduate of Valdosta State University in which he obtained his Master's of Science in Nursing, specializing in Family Psychiatric Mental Health. He is qualified to treat children, adolescents, and adults although he prefers treating adolescents and adults. Some of his practice specialties include (but not limited to) Anxiety, Depression, Panic Disorder, Bipolar Disorder, Schizophrenia, and ADHD. He prefers prescribing traditional up to date medications that are mostly affordable for the public. He began his psychiatric career in 2011, working in long term psychiatric care and since have worked numerous years in psychiatric inpatient hospitalization and he currently works in a Psychiatric Outpatient setting that also has specializes in Intensive Outpatient Treatment. He enjoys spending time with his wife and kids and usually spend most of his time traveling with his youngest two boys who are heavily involved in football and basketball. He has a great passion for listening to music of all kinds. He is a firm believer that music soothes the soul.

There is hope, even when your brain tells you there isn't. ― John Green