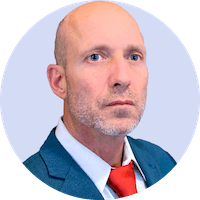 Scott St.Amant is a board certified Psychiatric- Mental Health Nurse Practitioner who began his career as a psychiatric tech in nineteen ninety one, and went on to practice as an RN at some of the areas busiest Emergency Departments. While gaining valuable trauma and critical care experience, he also cared for psychiatric patients who presented in crisis situations with suicidal ideation, panic symptoms, mania, paranoia and acute psychotic states.
It was during this time that Scott realized the value of psychiatric care and how deeply mental illness affected both patients and families. Helping these patients and loved ones to regain hope, normalcy, and quality of life became his passion, guiding him to earn his Masters of Science in psychiatric nursing in two thousand eleven. He has since compassionately treated children and adults, with a wide range of psychiatric problems, during some of their toughest and most trying times. In his free time, Scott enjoys time with family, sporting events, and working out.

The most beautiful people we have known are those who have known defeat, known suffering, known struggle, known loss, and have found their way out of the depths...Beautiful people do not just happen. - Elisabeth Kubler-Ross