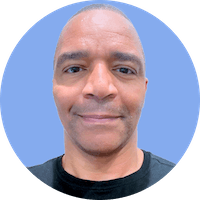 Reggie Madden DNP, RN, ACNP-C is a Nurse Practitioner with a Doctoral Degree in Nursing Practice. His specialties include cardiology, internal medicine, and psychiatry. He has over 16 years of experience as a Nurse Practitioner. He began his career as a Registered Invasive Cardiac Specialist (RCIS) in the Duke Cath Lab in 1989. He left Duke for a brief period and served as a Raleigh Police Office for 1-2 years. He returned to the Duke Cath Lab and he went on to Nursing School at UNC Chapel Hill and graduated with his Bachelor's Degree in Nursing in 1998. He completed his Masters of Science in Nursing from the Duke School of Nursing in 2005. He completed his Doctorate of Nursing Practice from The George Washington University in 2011. He has worked both in the outpatient clinic and inpatient hospital setting. Prior to obtaining his graduate degrees, he worked in interventional cardiology for 20 years. In his free time he enjoys traveling with his girlfriend, working out, golf, walking his dog, and trying new restaurants.

I fight for my health every day in ways most people don’t understand. I’m a warrior - Unknown