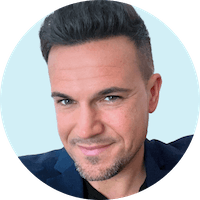 Michael Sevick is a dual board-certified nurse practitioner. His breadth of medical experience was initially procured as a registered nurse in a fast-paced regional hospital. He transitioned into the home-health environment after nearly a decade. This allowed him to manage patient care from an entirely different vantage point. He decided to evolve as a clinician and earned his Master of Science in Nursing with a family practice specialty. The span of his career has allowed him to treat patients in the areas of cardiovascular, stroke, renal, GI, infectious diseases, and post-operative. Over the years he began to observe the relationship between poorly addressed mental health, and the onset of physical illness amongst his patients. It became clear to Michael that the needs of all patients are not met, until their mental health needs are effectively treated. He believes in the in the pursuit of providing compassionate and tailored mental health care to this vast, and underserved, segment of our population. He can be found participating in physical fitness in his spare time, and boarding planes for world travel.