Holiday Special Offer: $30 for your first month of care! 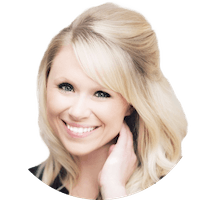 Megan Frasier, originally from Walla Walla, Washington attended Walla Walla University where she received her Bachelors of Science in Nursing. It was during that time that she relocated to Portland, Oregon to complete the nursing program at Walla Walla’s Oregon campus. After finishing her undergraduate degree in nursing, she practiced in a variety of settings within the Portland Metro Area for nearly eight years working in: nursing administration, in an LTACH, on the medical specialties floor and home health/hospice. She then went on to receive her Master’s of Science in Nursing, Family Nurse Practitioner Degree from Gonzaga University in Spokane, Washington. In her spare time, Megan enjoys hiking adventures with her puppy, traveling and exploring, cooking, completing home projects/decorating, spending time on or near the water and appreciates being with family and friends.

You cannot do a kindness too soon because you never know how soon it will be too late. -Ralph Waldo Emerson