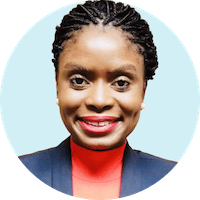 Caring for people and furthering medical science has been Margaret Kamara's passion and purpose since she was a child growing up in a remote village in Sierra Leone. In nineteen ninety, when Margaret was only five years of age her loving mother passed away from unknown clinical reasons. Margaret believes better medical care and resources would have kept her alive. This led her to focus her life on caring for others and researching ways to assist people clinically. After graduating high school as an underprivileged child, she completed a Bachelor of Science degree in biology at Virginia State University. During the pursuit of her degree, she significantly enhanced her science, research, and analytical skills. Looking for opportunities to widen her research background, Margaret sought and was accepted to the Johns Hopkins School of Nursing accelerated program, graduating with a Bachelor of Science degree in nursing. Eventually, furthering her education to become a board-certified Psychiatric Nurse Practitioner from Walden University.
Margaret's interest grew in mental health after her twenty-year-old brother was diagnosed with depression and almost died. Her brother was found passed out on the floor. The results revealed acute alcohol intoxication. During his hospitalization, a social worker and psychologist met with Margaret and her family and provided resource materials. Margaret then discovered that depression, suicidal thoughts, and actions have been on the rise over the past decade in young adults. She has learned more about the disorder and how to engage in a conversation with her brother which has strengthened our relationship. She had the privilege and honor to work with medical professionals in a military environment, which energized my passion for caring for war-wounded service members and their families. This inspired her to join the Army Nurse Corp as a reservist. Working alongside the military, civilians, and contractors has equipped her to understand that furthering her nursing education as a psychiatric mental health nurse practitioner will not only allow to her initiate and manage patients' treatment plans but allow her to make a difference in the United States and her birth country as a medical practitioner.
During her free time, Margaret enjoys spending time with her family and friends. Also, cooking and eating good exotic foods. She has an adventurous side. She has done done bungee jumping, and travel to many countries (i.e. Australia, London, France). More importantly, and dear to my heart is serving in her church and reading to the bible.

You Won't Always Be Motivated You Must Learn To Be Disciplined. - Unknown author