For Mental Health Awareness Month, get up to 65% OFF your first month! 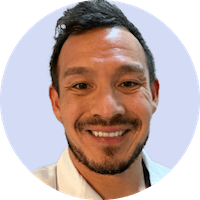 Lawrence Letellier is a disabled veteran that was raised in West Texas. He joined the Army a little after high school and spent 5.5 years serving in a reconnaissance element in the 82nd Airborne Division. While serving in the Army, he spent over 27 months in Iraq and then spent another 3 years working as security for the US Ambassador of Law while in Afghanistan. During those years, her learned a lot about himself and his own mental health. He learned that we all have a breaking point and sometimes are afraid to ask for help. While working as a nurse practitioner, he has learned the importance of mental health and overall health. He takes pride in helping his patients with their mental health through their healthcare journey! When he is not working, he loves snowboarding, wakeboarding, watching football, and training in Olympic Weightlifting.

You don’t have to control your thoughts. You just have to stop letting them control you. — Dan Millman