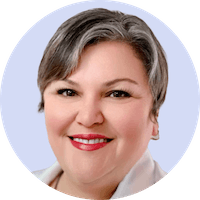 Erin has spent more than twenty years providing compassionate, patient based care in a variety of healthcare settings. She began her career as a nursing assistant in 2001 while earning her Bachelor of Science in Nursing from Hawaii Pacific University. In 2006, she became a Registered Nurse and has worked in the Correctional Health, Medical/Surgical, and Trauma fields. She earned her Master of Science in Nursing/Family Nurse Practitioner degree from Frontier Nursing University in Hayden, Kentucky in 2013 and has been practicing in primary and palliative care in Colorado since 2014. She completed a fellowship in Pediatric Psychopharmacology from the The State University of New York at Buffalo in 2013, a certification in Sexual Health Promotion from Indiana University Bloomington in 2019, and a certificate in Plant Based Medicine at Cornell University in 2021.

She holds board certifications in Family Practice and Correctional Health and is a member of the Holistic Nurses Association, the Direct Primary Care Coalition, and the Institute for Functional Medicine.

One small crack does not mean that you are broken, it means that you were put to the test and you didn’t fall apart. — Linda Poindexter