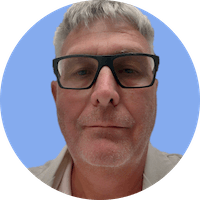 Bryan Jaye has worked as a psychiatric nurse practitioner since March twenty fourteen. He started out working outpatient in Mobile Alabama mainly seeing indigent and homeless people with severe mental illnesses. Bryan saw up to fifteen patients per day for a while, many on ten different mental health medications. He has also worked forensic psychiatry, working at the Mobile County Jail (the mental health facility that he worked for had a contract with the jail).Bryan Jaye has also treated adolescents both in Mobile, Alabama and Macon Georgia where he worked in a crisis stabilization unit. Many of these adolescents required ADHD medications, antipsychotics, and mood stabilizers. It was in Macon at the adult crisis unit where he started treating substance use disorders and utilizing medications to detox patients from alcohol, and benzodiazepines. Bryan spent a year in the desert (Kuwait) active-duty Army working with soldiers and their mental health issues. Now he works at the Veteran’s Affairs Medical Center in Augusta, Georgia working with veterans with all aspects of mental health issues. Bryan has been married for thirty two years and has two grown girls. His hobbies are treasure hunting and gardening. They love animals and have three dogs and 6 cats.